Why every City of San Diego Retiree should join REA

“Threats to retirees continue.
We need your help!”

For many years retirees enjoyed a quiet and secure retirement, with key matters of pension payments and healthcare coverage basically running on autopilot.

Legal Challenges. In 2005, the City Attorney mounted serious and unrelenting attacks on the independence of the San Diego City Employees’ Retirement System (SDCERS) and the legality of our vested pension benefits. These cases were not fully resolved in the courts until 2011. In 2010 the new City Attorney filed unsuccessful litigation (“Substantially Equal”) that threatened to seriously negatively impact the cost of pension benefits for current City employees.

New assaults are occurring that involve not just San Diego but also other public agencies in the state and throughout the nation. They include: 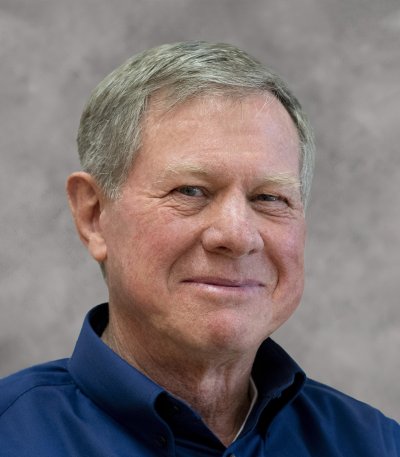 Threats that continue to reduce or eliminate retiree benefits

Here and elsewhere in California and nationally, authorities are trimming the pension and health care benefits of their actively employed public employees. The California Public Employees’ Pension Reform Act of 2013 reduced pension benefits for many public agencies and schools. The City of San Jose CA, approved a ballot measure (later thrown out in court) which would have curtailed vested pension benefits for existing employees, and suspended cost of living raises for current retirees. A ‘citizens’ initiative (Proposition B) was passed in 2012 which closed the City of San Diego’s defined benefit pension system to all new San Diego City employees except uniformed police. (This initiative is being litigated in the courts.)

Although the City of San Diego is far away from fiscal insolvency, there are other cities in California that unsuccessfully attempted to use the bankruptcy process to curtail retiree health care and/or to cut vested pension benefits. More recent attacks in California and other cities across the nation blame public pension costs for “crowding out” funding for other vital services.

Elimination or reduction of Retiree Healthcare

The City of San Diego significantly reduced retiree healthcare benefits for existing employees. The current elected officials in San Diego have not threatened to curtail healthcare for those already retired, but what future policy makers may do is not known.

What’s to be done

We must remain vigilant to make sure that any future attempt to reduce or eliminate retiree benefits is strongly opposed through effective political participation and advocacy, educating elected officials, and, if needed, through competent legal representation. These are not short-term problems. Given the trying economic times and the current public attitude towards governmental institutions in general and public employee pensions in particular, there is little doubt that these attacks are going to be with us for the foreseeable future and that we must remain very much on guard.

How is REA responding?

In response to these challenges, REA is taking the following steps:

In 2014, we partnered with the Retired Fire and Police Association of San Diego (RFPA) and the Retired Employees of San Diego County (RESDC) to form the ongoing “Retirement Security Roundtable”, a coalition of retiree organizations at the local, state (California), and federal level. This coalition meets in San Diego twice each year to discuss pension issues and share/coordinate efforts to effectively respond to retirement security threats.

We monitor efforts underway in other cities and counties where retiree pension and healthcare benefits are under active attack so that we can better understand their circumstances and the actions retiree groups are taking to protect these benefits.

In 2016, we joined the Californians for Retirement Security, a coalition of more than 1.6 million Californians representing public employees and retirees.

We are striving to increase our membership and are actively exploring the most effective means to achieve this. Our goal is not to merely increase membership just for the sake of larger numbers, but to increase our financial and volunteer resources and to make our numerical presence one of significance in public meetings – both of which serve the interests and well being of our members. There is strength in numbers.

We continue to keep our members informed in a timely fashion of key new developments regarding health care and pension issues, and other pertinent retirement issues.

What other value does REA provide?

Memberships dues are just $3 per month through automatic payroll deduction or $45 per year if paying by cash, check, or money order.

Well before these threats to our pensions and healthcare coverage were launched, REA has consistently provided important services to retirees. Now that we are facing the possibility of losing or suffering significant reductions in these vital benefits, we need your ideas, your involvement, your action and your membership.

“Gentlemen we must all hang together or we shall most assuredly all hang separately,” Benjamin Franklin at the signing of the Declaration of Independence, August 2, 1776.

How to Join REA
Page load link
Go to Top